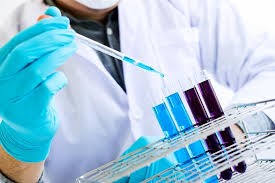 Currently in Australia, this forensic test is only used for the most serious of crimes and is often a last resort with all other forms of investigative work needing to be exhausted prior to it being used as an option. There has been a push by Police to make the test more accessible at early stages of an investigation following a number of successful convictions of offenders. If done so, it could possibly save years of police work and taxpayer funds and resources.

In Australia, the test assisted law enforcement in Adelaide in 2017 to catch the convicted rapist known as the ‘North Adelaide Rapist.’ Adelaide detectives had been searching for the accused for years after a series of violent attacks on women. Standard DNA tests were used, taken from 2 crime scenes in 2012, in an attempt to find the accused however Police never found a positive match.

After years of police work searching for the accused, a familial DNA test was ordered and Police were able to match DNA of the ‘North Adelaide Rapist’ with his biological son through a DNA database.

Essentially, if a direct match cannot be made with the accused, scientists can extend the search to find others in the accused bloodline. This is what had occurred in the case of the ‘North Adelaide Rapist.’ After running an extended search, scientists were able to gather a list of 100 people possibly connected to the accused and then narrow that search down further to find a match appearing to be a father-son connection. Patrick Perkins, a 59-year-old man, was later charged and pled guilty to the offences of rape after being found through his DNA.  This was a ground breaking result and the first time in Australia that an accused had been successfully convicted through familial DNA testing.

The same forensic test was later used by Queensland Police to assist in solving a murder case in Cooktown where the body of a woman was discovered in a river in 2017. Homicide detectives believed that the familial DNA testing in this case was crucial after the DNA of a male was found at the crime scene but did not match any offenders in the DNA database. Detectives in this case had asked locals to volunteer their DNA in an attempt to find the killer and this proved successful after 200 people submitted their samples to police. From a familial DNA test, the Police were able to locate the killer’s biological mother. Later, 27-year-old, Matthew White, confessed to the murder.

In American, law enforcement were able to locate the man known as the ‘Golden Gate Killer’ through this same form of forensic testing. Controversially, however, American law enforcement had used public ancestry databases without the consent of individuals raising major legal and ethical concerns. Currently, Australian law enforcement do not use genealogy websites to match DNA however there is talk to potentially change this.

The controversary lies then that those entering their DNA into genealogy websites (mainly to find long lost family members or to discover more about their own heritage) do not realise that their DNA could be used for such a purpose as to possibly convict a family member of a crime.

In this situation, there is a balance that needs to be reached between the privacy and rights of individuals and the public good.

Often, in situations involving legal cases, a large cause of stress is uncertainty. We take this seriously and aim for our clients to gain the information they need quickly, even if it is outside office hours. Our team leave their mobile phones switched on so that you can reach them in an emergency.
More about us
PrevPreviousWhat would society look like if we defunded the Police?
NextYouth crime – Queensland’s harder approachNext
Receive helpful resources on addressing Criminal Offences, Traffic Law or Domestic Violence matters.